“He Will Be A Captain For You” 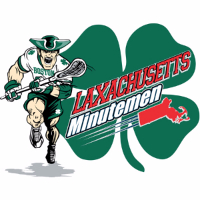 The above phrase is the most treasured endorsement we provide when speaking to college coaches. When Coach Morris or Coach Evans describe one of our players that way, college coaches listen. They will judge ability with their own eyes, but it’s tougher to decipher who will be solid citizens and inspire their team mates to work hard and make good choices off the field.

When we put together the 2012 class over the course of their 8th, 9th and 10th grades in HS, the plan was considered revolutionary. We wanted the 45 best players in the state, but we also wanted them to be the best 45 people in the state. There would be no accommodation for character flaws. But that meant some great players in the state were not going to be part of the program. And we were criticized for their omissions.

The 2012 Laxachusetts class endured more cuts and player movement between AA and A than any group we have since coached. And they were forced to abide by character based protocols that did not end when they left our practices or tournaments. Our “no punks” policies, which are tried and true now, were new to the club world, then. And assaulting the “lax bro” image was considered a travesty by many “customers” of club sports.

But we wanted strong men that we could advocate for with no apologies. And the plan has worked! Now, when Coach Morris or Coach Evans call a college coach and say “This kid will be a captain for you one day”, they are heard and understood. Our kids have survived an extensive character check that a highlight film can not provide. It’s understood that a Laxachusetts kid will offer toughness, hard work and service to his team. And it’s understood when Coach Evans or Coach Morris promise he will be one of their captains one day, it is likely to be true. Because 12 Laxachusetts 2012 alums will be serving as captains on 11 college teams this Spring!

It is an astounding number to come from a class of 45 players
organized when they were in the 8th, 9th  and 10th  grade. These 12 and the others from that original group of 45 young men were the first from New England to actually win elite national events like the Baltimore Crab Feast and The Tri State National Championships and The King of the Hill. And many of them are winning big games with their college teams.  But MOST importantly they are being great team mates and evolving into great men. Below is a list of those named as a captain of their team. We are proud of them. And we are proud of the entire 2012 class as they enter their Senior season. They are all headed towards great accomplishments down many, many roads.